Kim K’s role, in life (not on the show), was to be Paris Hilton’s “assistant.” Once she started to shine brighter than Paris, it “all of a sudden” became apparent to the world that Kim had been getting plastic surgery done. Not sure if it was to enhance herself, not sure if it was true, but it plays a role in why she is now, Pop Culture.

As time progressed, the world created rumors of the potential men that Kim had been rumored dating. The first confirmed relationship was with the “One Wish,” R&B singer, Ray J, who’s also known as, “Brandy’s” little brother.

Kim and her now, ex boyfriend Ray J, recorded a sextape while they were still in a relationship. Allegedly, Ray J leaked the sextape while Kim never wanted it to see the light of day. Whatever the reason was, as soon as  the sextape hit the net, everyone knew about Kim Kardashian. The Sextape and the success of her family show “Keeping Up with The Kardashians” made Kim a phenomenon, but the “Sextape” was the stunt that stamped Kim as “Pop Culture!”

The public forms their own opinion of Kim Kardashian, what she is, what she does, what she deserves credit for, everything. In my opinion, most people, such as myself, don’t take Kim Kardashian too seriously.  For example, when you have people like Kim,  who has fame and popularity, you invest a little of yourself in them, physically and emotionally.  For example, LeBron James, Michael Jackson, Oprah Winfrey, people who’ve worked hard to build what they have, people aspire and work to be like them. As for Kim, I don’t envision people wanting to “work” the way she’s worked to reach that fame and popularity. Most people, I would say view Kim as something beautiful to look at, an ok reality show star. Others take it a step further and label her as a gold digger, un-talented, non-marriage material after her 72 day marriage to Kris Humphries, the list goes on. 50 Cent’s opinion on Kim stated,

“one man’s trash is another man’s treasure.”

The former “Cheetah Girl,” Adrienne Bailon had something to express as well,

“To be stuck with that Kardashian label, that was so hurtful to me and to my career.”

Everyone has an opinion on Kim Kardashian, but that same talk keeps her name afloat and is the reason why she is Pop Culture.

The quote that I believe best represents Kim Kardashians journey would be one spoken by Jack Lule,

Not only does the Internet allow little known individuals to potentially reach a huge audience with their art or opinions, but it also allows content-creators to reach fans directly.

VIEW AT YOUR OWN RISK! THIS IS THE SEXTAPE 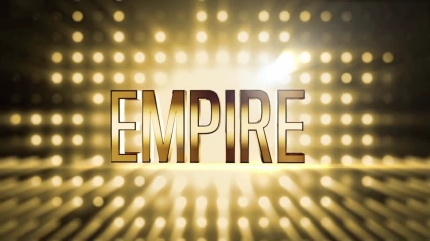 Empire is the new record breaking television show that graced our presence over this past new year! With the ratings averaging around 10 million viewers per episode, this new FOX drama has already been guaranteed a second season. Empire is a show centered around money, power, and music! Created by Lee Daniels and Danny Strong, the tv show tells the story about a family, started by Lucious Lyon and Cookie Lyon, played by Terrence Howard and Taraji P. Henson, whose dysfunctional, yet successful children are now on the quest to become the CEO of Empire Enterprises, by any means necessary!

Lucious and Cookie started out as little love birds, growing up in the projects of Philadelphia. Their life, at that time consisted of selling drugs to make ends meat, and making music to stay alive. Cookie always knew that the music wouldn’t only keep them alive, but one day get them to the celebrity that they’ve constantly dreamt of. 17 years later, their dream did come true. Lucious Lyon went from an ordinary drug dealer, to the CEO of the music company, Empire Enterprises. During that seventeen year time span, you’d think that Cookie would’ve been there, standing alongside him, but instead she was standing alone, in prison. The crazy thing is, Empire Enterprises was started with Cookie’s 400 thousand dollars in drug money.  Fast forward to present day, we see that the kids of Lucious and Cookie are all grown up. And due to the ALS disease that Lucious has, he presents his kids the opportunity to one day, take over and be the CEO of Empire Enterprises, so we think.

Andre Lyon is the oldest of the three. He’s also the CFO of Empire Enterprises and is, who we the audience believes, is most qualified to be the head of the company. Jamaal Lyon is the middle child. He’s a talented singer-songwriter whose music could possibly make him one of the biggest pop stars of his time, but he’s looked at disgracefully by his father because he’s gay. And then there’s Hakeem Lyon. Hakeem is the youngest of the three brothers, and he gets anything his little heart desires, and at this time, it desires to be a rapper.

I believe Empire became such a pop culture phenomenon because of the many different celebrities that were brought in to play these specific roles. Terrence Howard and Taraji P Henson play a huge role in why Empire is a Pop Culture phenomenon. If you know the history between these two you can understand why. Terrence and Taraji both co-starred in the movie “Hustle N Flow” in the early 2000’s. The movie was basically about a couple who lived in the projects and were trying to make out through music. Very very similar to Empire except, on Empire we see the glitz and glam, on Hustle N Flow we saw the ghetto gutters in a project home. The chemistry that Terrence and Taraji have is mind blowing, and by them both starring in this television series, it feels as though Empire is a continuation of Hustle N Flow, after they’ve made it big! Another reason why Empire is such a massive pop culture phenomenon is because there aren’t many television shows that consists of an all black cast, good ones anyway. If you mix a drama involving family, money and power, with an all black cast, with the reunion and chemistry of Terrence Howard and Taraji P Henson, mixed with the many other celebrities that appear on the show, plus the fact that it’s massively marketed, it’s easy to see how Empire is Pop Culture.

Empire, like many other shows are consumed with violence, drama, and a whole lot of plot twists that’ll keep you on edge. But the main point of emphasis that keeps people coming back is the All-Star casting. Empire has more than two handfuls of celebrities that seem to make more than one cameo appearance on the show. These are what I would call tastemakers. A quote that best summarizes the strategy of the Empire promo would be spoken by Jack Lule. In his article, Understanding Media and Culture: An Introduction to Mass Communication, v. 1.0, he states, ”Tastemakers can help keep culture vital by introducing the public to new ideas, music, programs, or products. But the ability to sway or influence the tastes of consumers can be worth millions of dollars.” The Empire cast has so many tastemakers squirming around each episode its mind blowing. These tastemakers also bring along their fan bases which makes Empire even more successful. Without these tastemakers on the Empire lineup, it probably would’ve never reached the plateau it has thus far.

As I stated previously, Empire has already been guaranteed a second season. I think that this show will be around for years to come because I believe it’s good for the American culture. There aren’t that many popular television shows that have a dominant African American actor and actress playing the lead role. So when you finally find the one, or a group of them starring in a series, and they’re bring in millions of viewers each week,  I’d think it’d be best try to keep them in the forefront. It keeps television diverse and not so oversaturated with one race. Receiving 11.3 million views on their most recent episode, it’s obvious to say Empires longevity is unquestionable.