Sinceriously  is a new charity campaign created by TV star Stephen Amell from the hit CW series “Arrow” in which the proceeds go to Stand for Silent and Paws & Stripes. Stand for Silent is a anti-bullying advocacy group started to help the parents of Ty Smalley who took his life because of being bullied. It helps Kirk and Laura Smalley mission to change kids lives and bring awareness to bullying and the real devastation it causes.

Paws & Stripes is a non-profit organization that pairs service dogs with wounded military veterans. Mr. Amell’s first charity campaign was F*CK Cancer which was organized last year. This would be his 2nd campaign in which the goal would be to sell up to a thousand items in merchandise. Basically, the word sinceriously is comprised of two words, (sincere & seriously) and as the definition explains it means to speak and act in an honest and sincere manner. To spread as much positive energy around as you possibly can. Along with the definition is a profile head shot of Stephen Amell as he is the creator of the word.

His word means so much to a lot of people and has influenced people everywhere and not just the everyday masses. Even other stars like David Ramsey  who p;ays“John Diggle” from Arrow was impacted by the campaign so much that he came up with his own word such as “hopoyfully” with Stephen’s help. Just like with Sinceriously, Hopoyfully is comprised of two words and means to be both hopeful and to joyfully receive good energy and karma as well as to give positive energy back to anyone and everyone out there.

Sincerously is a wonderful campaign designed to help people be more honest and to express themselves in an up front way, while raising money for amazing charity groups. Mr. Amell recently relaunched the campaign which only last for 2 days after the screening of his latest episode of the hit CW series Arrow. To further promote the campaign Stephen has made T-shirts, hoodies, tote bags and more all encouraging the meaning of sinceriously and also to raise enough money for the charity of his choices.

As a strong opinion leader and popular figure, Stephen Amell’s suggestion of the campaign alone has already made it a rising success. And with the participation of the other actors and the creation of their own words is making the sinceriously campaign more profitable than ever. Now the rest of the cast from Arrow are making up their own campaign but supporting causes that they strongly feel needs more attention to be focused on.


The popularity of sinceriously has grown more now that it has been relaunched. Mr. Amell’s expectations and goals have far been surpassed since his first sinceriously campaign. He has all his merchandise posted on his websites which promote the campaign however limited the time may be. His positive message through material incentive has far reached other celebrities as well as everyday people. As an powerful opinion leader which follows the Two-Step Flow Theory Stephen not only can establish his life as a TV celebrity but stays in his natural mindset which relates him to everyday people and can influence other powerful TV figures to spread the the energy with the world.

I thinks this is a powerful pop culture piece mainly for one reason. It’s super cool to see someone dress up as our favorite hero. But what makes this a piece worth talking about is the fact that Stephen can still make a difference as himself. Not as his Oliver Queen persona, nor as his Arrow persona, but as just plain old Stephen Amell. He teaches us what it means to be a hero but now he inspires us to be our own heroes in real life and he led us by example. He shows us that we don’t have to necessarily have to be a cop or a medic to help make a difference in the world. He shows us all in ways we can understand through what we like to wear that we can all help which is what makes him a hero even out of character. Although this was only the relaunch of the campaign it’s a huge success. People everywhere believe that Stephen is a wonderful person for doing this and that his campaign has that flare that draws people’s attention to what they find to be important. As most people love his performance on Arrow this is just another thing they appreciate especially since it’s his idea. As the populous will continue to watch Arrow and follow Stephen’s exploits, they will also to continue to  support the sinceriously movement and support “Stand for Silent & Paws and Stripes.” 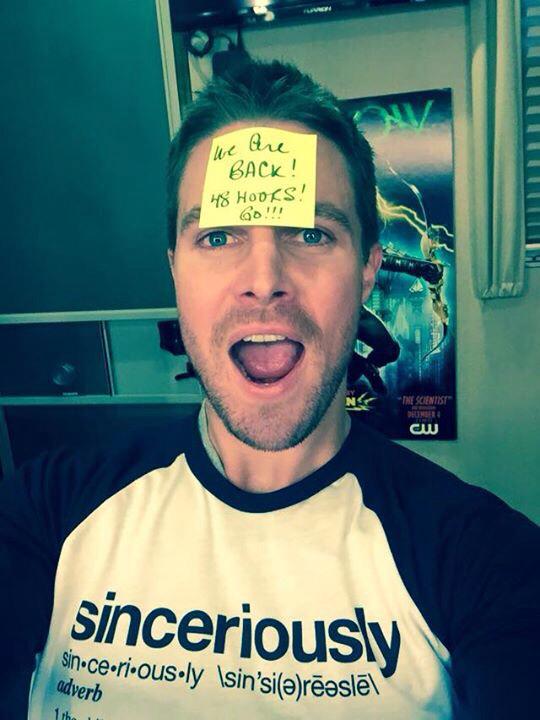 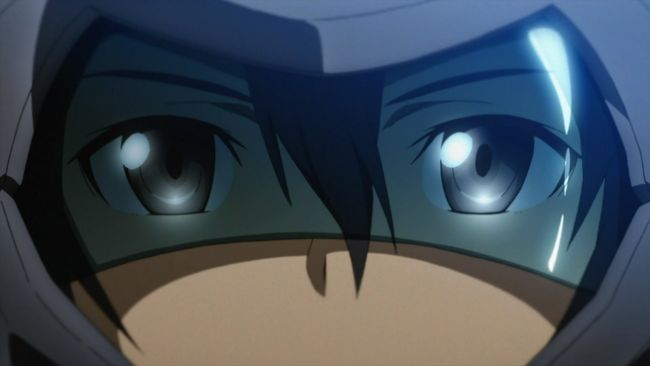 Sword Art Online is a Japanese light novel series written by Reki Kawahara which takes place in the near-future and focuses on a specific Virtual Reality Massively Multiplayer Online Role-Playing Game (VRMMORPG). The  anime television series produced by A-1 Pictures aired in Japan between July and December 2012 which centers itself around modern day Japan and its release of a new virtual reality MMORPG with the state of the art Nervegear, a device that stimulates the user’s five senses via their brain, players can experience and control their in-game characters with their minds for full immersion virtual reality system experience.

Shortly after the new game starts on launch day, the game’s creator “Akihiko Kayaba” quickly prevents any of the players from logging out.  Then, all the players are told they must complete all 100 floors of the floating castle of Aincrad in order to escape the game. Allies will be made, lives will be lost, teams will be forged and tears will be shed as Kirito and a few other players band together to try and reach all 100 floors and beat this death game.

In S.A.O we’re introduced to Kirito, an anti social recluse who we see dive right into the world of Sword Art Online. He seems like a kind a character he could beat the game easily. As a result, he set out to beat the game on his own.But that didn’t work out so well since his first group boss battle revealed that he knew more than he was letting on about. Pretty soon everyone turned against him and soon he became known as a”Beater”.

As the game progresses for two years he went through some horrific experiences joining a guild here or bringing false hope there but his whole adventure isn’t all bad.Now with the help of Asuna (girlfriend), Klein, and the rest of their small crew Kirito eventually discovers the identity of Kayaba’s avatar in SAO, they confront and destroy him, freeing themselves and the other players from the game.

Sword Art Online is an amazingly well put together series that incorporates tons of similar traits and attributes related to real online gaming. The creators have paid really close attention to details in terms of free roaming, maps, missions, dungeons and treasures, leveling up, skill development, character customization, hidden content even boss battles. They left no margin for errors which helps engage viewers in an experience that pulls you in even if you’re a fan of games or not. Player Killers, or certain players who don’t take things seriously enough and decide to kill other people  just to get items that they’re too lazy to earn is just one aspect that the show illustrates just like in real life gaming.

The series is greatly adapted to illustrate what we as the consumer like. Our desire to not just play games but to immerse ourselves in it and to really be a part of the fun. Though the show gained more and more publicity and popularity through the reinforcement theory which demonstrates that the Media can’t force you to watch whatever they want you to watch but if someone you know watches it and says its really good then it sways you to watch it yourself. So even if this series isn’t your cup of tea the media can reinforce their opinion instead of change yours so that in time you yourself can change your mind and watch Which can also be explained by the two-step flow theory. Thus the franchise is everywhere you look whether it’s online, or on a poster or even on DVD.

Sword Art Online blurs the line between the characters in-game and your perception of reality to sway you into believing either that people are either losing themselves in their made up personas or are growing as more than 2 years of each player’s actual lives are spent playing this game in order to survive. Although before you watch the show that’s not exactly what you’d thought it would be about. When you first hear of the series, you hear exactly how it is being represented.With Media Representation A-1 Pictures and other corporate media have constructed the trailers and clips of the series to appeal to their ideal demographic of viewers. Looking for people who love action and fantasy and that in turn spreads the message and influence of the show around the globe to even more people through dozen of media outlets.

In Sword Art Online the characters go through intense states of emotion whether its amazement or fear. As a real gamer it’s one thing when you play behind a screen and move your character but its a whole different scenario when you can feel like your literally walking in your characters shoes, drawing your sword and actually being a part of the game. According to Kawahara in an article by Lynzee Lamb, he had said “that he made this series and its characters with the idea that they are looking to escape reality for various reasons and that online gaming was the target of society although he wanted to portray it in a more positive manner.

The show is so engaging and well done that it hooks not only pro gamers but also those who don’t quite fully understand why certain people play online MMO’s so much. The introduction sequence and soundtrack is so catchy and the story will just melt your heart. Teen and young adults who have never seen this show will simply shed a tear or more when watching this series, especially at some of its most tragic scenes.

Even though Sword Art Online is a very suspenseful and dramatic show it still has its comedic parts too which is why many people can relate to it and has been a huge hit in Japan and across America. People have made memes with tons of photos from the show obsessing over how overpowered the characters are. People cosplay as their favorite character at various conventions and expos. That sense of power and fantasy and peoples reactions makes this series a big success.

In various anime clubs and communities this is just one of the many shows that is too good not to watch. It is posted everywhere you look so you’ll eventually end up watching it. If it’s a new anime then you’ll be anxious when you have to wait for a week for the new episode to be aired. and you’ll be sad when you watch it all when it’s over. I’ve grown quiet fond of the series and I cant wait to watch tons more like it. There are various websites that have the series uploaded if you want to give it a try . Go watch Sword Art Online now and be a part of the adventure.