As individuals, we all have our own personal values, beliefs and preferences. Homosexuality is a major trending issue in pop culture, especially when it involves a person of prestige such as celebrities, athletes and musicians. Due to this the trend is becoming easier to accept and those individuals are beginning to take their chance in choosing not to continue to live an uncomfortable life. 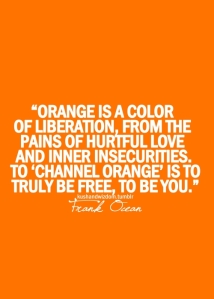 In 2012, musician Frank Ocean, an R&B artist, came out in a letter describing his relationship with a man. Ocean even went as far as writing a song based upon the relationship called, “Thinking Bout You”, on his latest album Orange. Ocean then did an interview with GQ and stated:

“I’m not a centerfold. I’m not trying to sell you sex. People should pay attention to that in the letter: I didn’t need to label it for it to have impact. Because people realize everything that I say is so relatable, because when you’re talking about romantic love, both sides in all scenarios feel the same s**t.”

His courage, bravery and self-respect set the stage for other homosexuals in his position. Soon after, NFL player Michael Sam, publicly announced his sexuality in February 2014, after his college career. Sam did not know what his future could hold after doing so, but he took a gamble. Later that year he was selected in the 2014 NFL draft, and became the first publicly gay player in the league. Becoming the NFL’s first active player who was publicly out.

Television is also playing a major role in this movement. The new hit sitcom Empire, features a son who struggles with his sexuality out of fear of his father. There was an episode that showed his father catching him in a feminine act and physically put his son in a trash can outside of the house. This was a perfect example of how the homosexual “disease” is perceived in pop culture. It is viewed as an embarrassment or discomforting act to others.

Though that didn’t stop Jamal. As he got older, he pursued his singing career, sung a song publicly in which he came out as a homosexual via the lyrics written. The media buzzed immediately, due to Jamal carrying the legendary family name, finding his courage quite amusing and unexpected. Although most would think it would have damaged his career, it did not. He actually got major publicity and even a record deal with Columbia records. Opening new doors and possibilities of working with established artists he could ever only dream of.

Then there are other rap artists such as Young Thug and Lil Wayne who are not homosexuals, but seem to fit the description of “gender bending”. These two heterosexual men, who portray themselves to be the “thuggish” type, have been caught in some suspicious acts. Young Thug for example, did a radio interview where he made a reference to sexual activities while away in prison. This left open ended questions circling the media and headlines as to whether or not this was his way of coming out. Yet and all, his fans still idolize him as an artist and can overcome the possibilities of him being a homosexual, due to his fame, fortune and talent.

In 2009 there was controversy over rapper Lil Wayne and his manager/producer Birdman who publicly kissed on BET’s 106&Park music video TV show. Neither one of them are gay, but feel it was ok because they have worked together for so long, and labels their relationship as a father and son type. In my opinion, this scenario is very contradicting in considering neither one of them are homosexuals, but dissed other artists in the past for their sexuality and refused to make music with them, take R&B singer Frank Ocean for example.

Jack Lue, arthor of Understanding Media and Culture: An Introduction to Mass Communication, would label these influentials as “tastemakers” and states:

Popular culture is the media, products, and attitudes considered to be part of the mainstream of a given culture and the everyday life of common people. It is often distinct from more formal conceptions of culture that take into account moral, social, religious beliefs and values. It is also distinct from what some consider elite or high culture. Historically, popular culture has been closely associated with mass media that introduce and encourage the adoption of certain trends. We can see these media as “tastemakers”-people or institutions that shape the way others think, eat, listen, drink dress and more. Tastemakers can have huge influence. Tastemakers can help keep culture vital by introducing the public to new ideas, music, programs, or products.

With that being said, It is evident that the topic of homosexuality has always been present, just kept unspoken, until recent years. The coming out of NFL Michael Sam, R&B singer Frank Ocean and now FOXs new hit sitcom Empire has shown that homosexuality is just a preference among certain individuals. These references has educated pop culture, opening many eyes to the fact of homosexuality and how it does not change a persons drive, ambition nor talent. The only trait that makes them different from heterosexuals is their sexual preference. Still being the people many has grown to idolize and aspire to be.

Traditionally, men did not pay close attention to their physical, or personal, appearance concerning grooming, looking and smelling good. Although in past years, for a man to “clean up” he must have been attending an event or social activity, or possibly someone of higher culture, but not the average heterosexual guy. Being considered masculine seemed to be perceived as just that, practicing manly traits and seeming unkept. Men worked hard, using their hands. That’s what “real men” did. He would not dare getting a manicure after a week’s work, or attend the spa to unwind and relieve stress. Traditionally, men were of power and back then supported their family and took care of home, he was the provider. His idea of an outfit habitually consisted of a pair of jeans, maybe Levi on a good day, and a tee, boots or sneakers. He did not wear oxford shoes on a typical day, maybe on an occasion, nor keep a collection of fragrances along his dresser.

Today, that type of masculinity in a man still exists but with more edge and attitude. This modern male is a metrosexual, a term derived from the words metropolitan and heterosexual. This is the type of man who puts effort into looking good. From the style and cut of his hair, to his “OOTD”, Outfit of the Day, which most people label a hash-tag on any social media site, after posting a “selfie”, to finishing with his accessories and footwear to complete what is known in pop culture as “the look”. He is keeping up with modern time, while looking back to traditional masculinity.

There are many trends that support this movement. One popular one today is the “man-bun”. Of course, traditionally speaking men did not wear their hair in buns. That was left to women. You rarely saw a man with hair as long as a woman’s. It would surely not seem masculine one bit. An undercut though, is what men who had a nice grade of hair would sport years ago, and is still trending in today’s pop culture. But that is what the metrosexual’s role is today. To take a risk and defeat the odds, to be seen as a trendsetter, someone who unknowingly will set the stage for others. To show that rules are meant to be broken and limitations should not be set.

Many women have become major influences to these supporting trends, as they are seen walking the streets side by side holding hands with her male companion who is a participant of this movement. Some women can be fully supportive of the new aged man. There is no shame in either one of their games! Why should there be? Other guys are doing it! Celebrities and entertainers such as singer and songwriter Miguel is an advocate for innovative and well tamed hair. There is always innovation and something new. His pompadour or deep waves are always complementing his modern Punk Rock style and image. 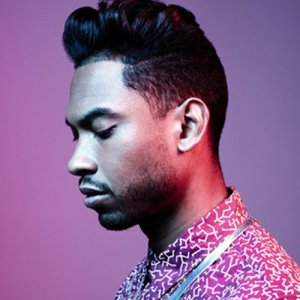 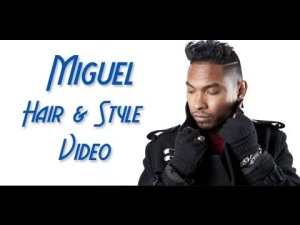 In recent years, the fashion industry has even taken a great spin globally in menswear. Men are being reintroduced to structure, color, textured fabrications and prints. These are concepts and inspiration that today are being taken from our past generations of designers and their runway shows, entertainers and musicians. Showcasing bold color schemes and remarkable silhouettes that were once a trend but as time progressed eventually died out. So today, we revisit suiting and topcoats, button down tops, tailored silhouettes, more structure and the elimination access fabric.

The spa has become another trend quickly expanding. Primarily, men attend spas to relieve stress. Whether it is due to work, family or everyday life, men have made the spa become sort of an emotional outlet. They go and enjoy facials, massages, manicures and pedicures and even attend some fitness classes. Spas for men are designed to have a club like ambiance. A woodsy smell, no women in sight, a place where they can have bourbon oppose to tea or lemonade. Massage therapists who are beautiful and can work pleasurable magic with their hands. I am sure this would be every man’s dream.

Lastly, men’s products are essential to this movement. There are a number of leading companies that has also taken part of this movement of the metrosexual male, contributing to his wants and needs. Essentials such as skin and body care, including deodorant, soaps, shaving tools, etc. of brands like Dove for Men, Old Spice, L’Oreal for Men, Degree, Axe, Adidas, just to name a few. This enables products to be gender specific on what is being sold to men. Making it comfortable for not just both sexes, but for the male consumer, who is being introduced to new practices. Practices that are no longer viewed as a woman’s thing, but accepted as innovation and considered by some people modernly correct for men. 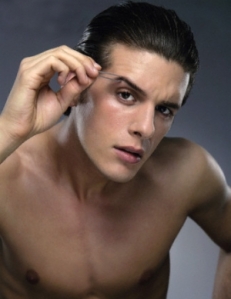 In the article, “What is the Meaning of The Medium is the Message” by Mark Federman, Marshall McLuhan stated,

A message is, the change of scale or pace or pattern that a new invention or innovation introduces into human affairs. It is not the content or use of the innovation, but the change in inter-personal dynamics that the innovation brings with it.

With that being said, McLuhan’s words of wisdom go hand and hand with this trending topic. What makes us individuals is our own personal preferences and may not be in agreement with others. Not every man has to focus on looking or smelling good, or overall doing things outside of his comfort zone. Some men do not see the value of spending unnecessary income on clothing, products or services. Nor is it society’s right to accept the choice of someone’s values and beliefs, to each your own. However, I will say that all levels of respect is due and no one should have to feel less than who they are because of another persons disposition and ill manner.

It is safe to say that the world has become more male centric. If there were any doubt about it before, men are definitely more conscious about themselves today than ever, in their own practices of course. More observant and receptive to the new ideas and products distributed to them. Whether seen on blogs, social media or on the streets. Realizing traditional practices such as habitually grooming, attending spas, and having a great fashion sense are not viewed as feminine attributes anymore, creating less anxiety for men to engage and influence society.